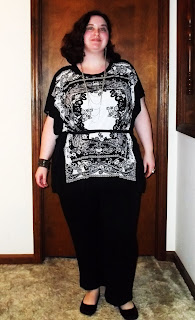 I might have spent a good half of the weekend sleeping.  It was lovely, and I highly recommend it. I was actually useful today at work! Go second week! I did some time-consuming sneaky research work that produced good interrelated results on all but one search. (The work I do now isn't super-secret important or anything, but it does actually involve a great deal of personal information, so I'm going to try not to reveal any details on my blog.) I read Anne of Green Gables again, and cried when I got to the part about Matthew dying. I love Matthew so much. He's just the sweetest old man from any book (although he's only 60 at the start of the book, not nearly as old as I always thought of him). It had been years since I read it, although I watch the movie at least once a year if not more. The one thing I miss about the library is discussing books with people. You would think that research staff read too, but so far it doesn't really seem so. At least not with as much enthusiasm as me. Of course, the only person I know (outside of my former English major friends) who loves to read as much as I do is my tiny mama. We would read during meals if my dad didn't make such a fuss about it, and we do when it's just the two of us. I'm such a clone of my mama, right down to my bad temper! Of course, being like her suits me to a T.