I finally convinced my sister to watch a bit of Team Starkid last night ("To Be a Man" from Holy Musical B@tman!) and I had a seizure. I'm never going to get her to watch it all now. Apparently this one was big and freaky enough for my family to actually call 911 (although they ended up calling back and canceling before the ambulance got there...ah the joys of country life).* Evidently, if your daughter stops breathing twice during her seizure, instead of just her lips turning blue, it's too creepifying. For me, it was precisely the same as always: black out, wake up to comforting family letting me know that I had a seizure. I get no real clues, it's just BAM. There's a reason I can't take a bath alone in the house (and not just because I had a seizure in the bathtub once). So, woo-hoo. This weekend is definitely going to be a restful one. 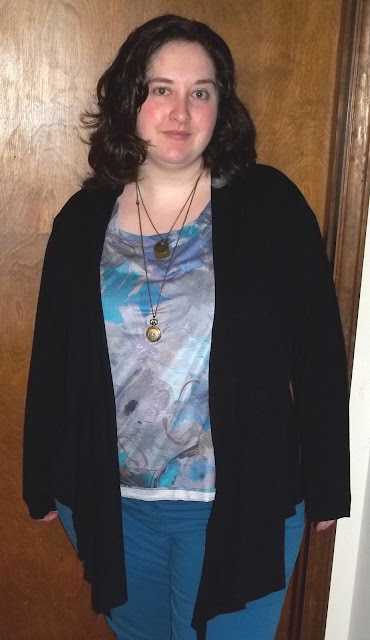 *My family knows what to do when I have a seizure, so they don't call 911 because there isn't really any reason. I have pills to take, and it's quicker to recuperate at home instead of the hospital. But I generally don't stop breathing. When people stop breathing during a seizure, or vomit during one; then you have to call 911. Also, never put anything in a seizing person's mouth.
Posted by Erin at 1:43 PM